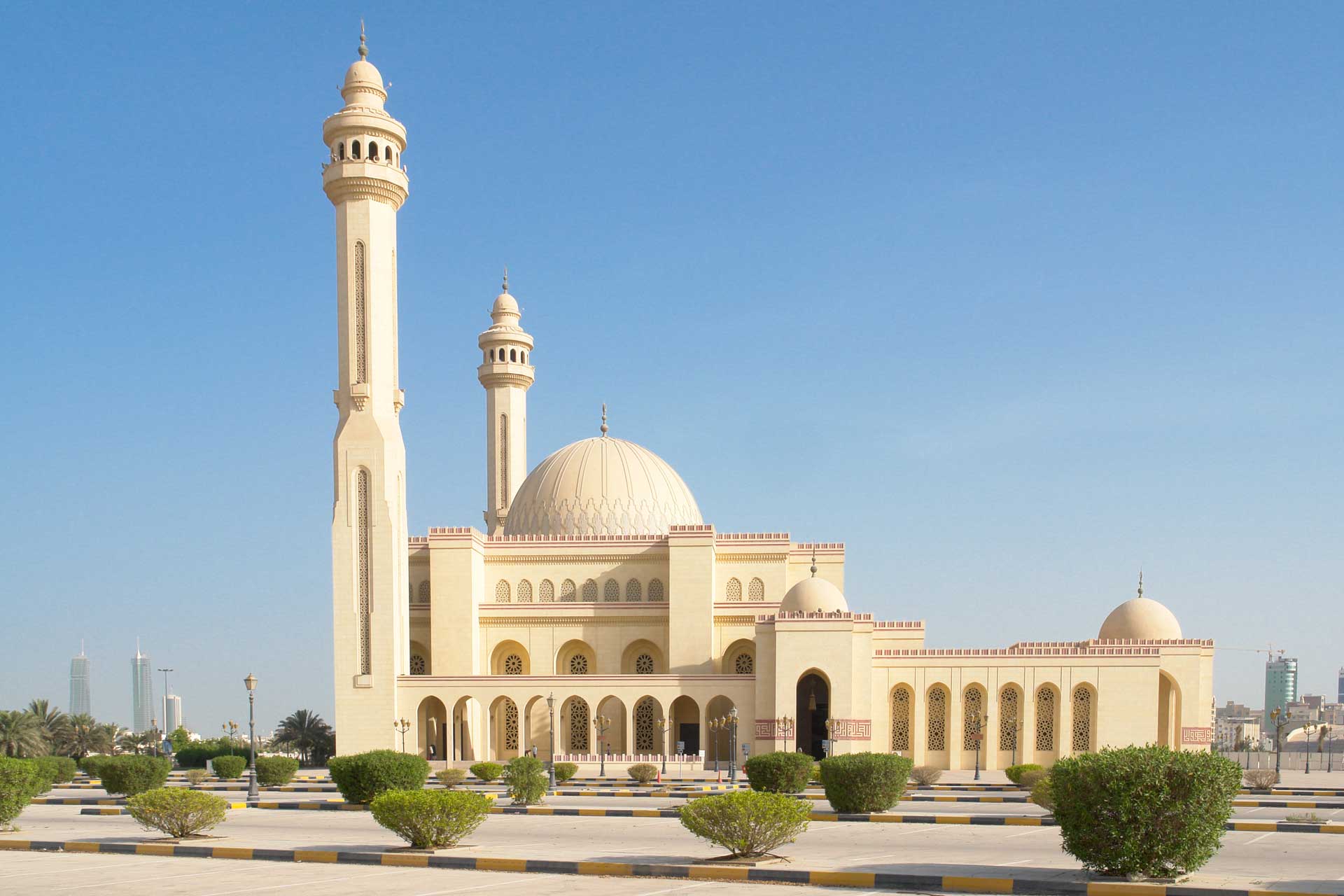 The Al Fateh Mosque is the largest mosque in the country and one of the largest in the world being capable of holding up to 7000 worshippers at any one times. The mosque was built with marble from Italy, glass from Austria and teak from India, carved by local Bahraini craftspeople, and has some fine examples of interior design. the dome is currently the world’s largest fibreglass dome.

The Al Fateh Mosque is open daily for guided visits between 9 am and 4 pm, with the exception of Fridays and public holidays.