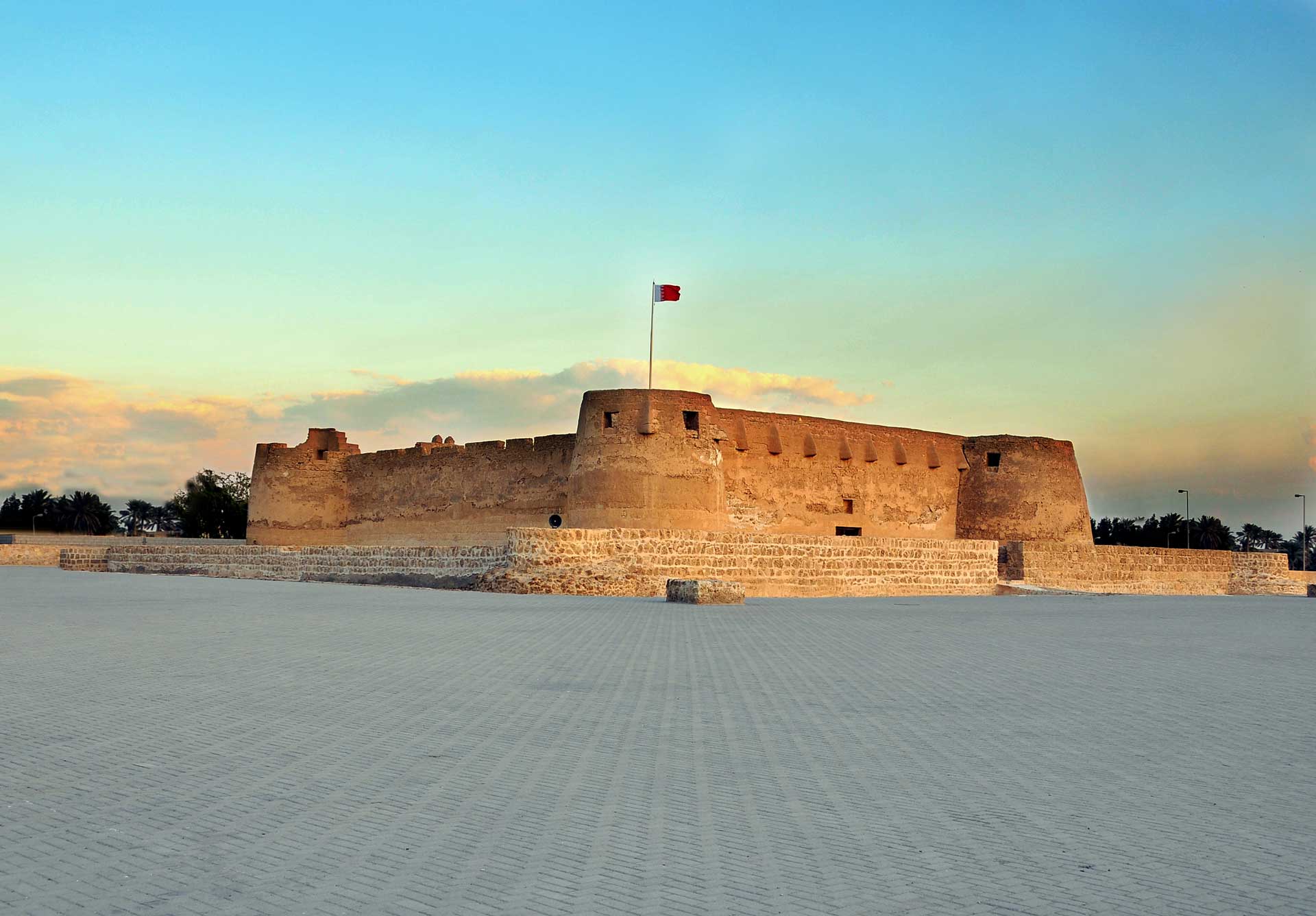 Strategically located as a sea passage, and originally situated on its own island, Arad Fort (also known as the Portuguese Fort) is a typical example of Omani military architecture at the end of the 15th and early 16th centuries. Although it is not known exactly when the fort was constructed it has played a major role in the defence of Bahrain throughout the centuries. The fort was was restored in the 1980s using traditional methods and materials. The fort is nicely illuminated at night and hosts seasonal festivals throughout the year.